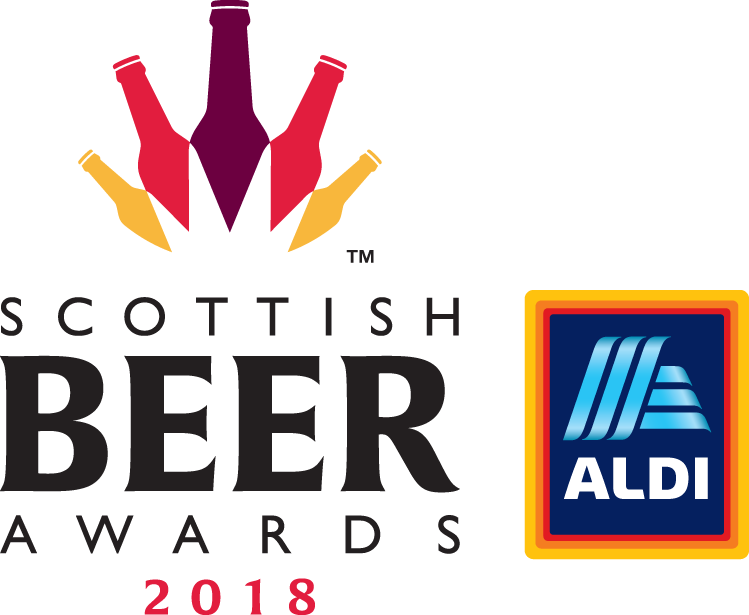 The national awards programme for Scottish brewing has launched its third annual competition which promises to continue to work hard with breweries to promote the growing range of high quality Scottish beer available.

In 2017 36 breweries and 266 beers entered the competition with the top award of the night, Scottish Brewery of the Year, being presented to Brewdog after the judges praised them for a monumental year of business. Aberdeen’s Fierce Beer, which launched in 2016, was awarded Breakthrough Brewery of the Year and also picked up the gold medal in Best Porter for Café Racer which went on to win the overall judges taste award for Beer of the Year.

Chaired for the third consecutive year by Hilary Jones, the former S&N Group Technical & Quality Director, 2018 sees a refreshed panel of judges with more than 20 leading experts to review and debate this year’s entries.

The awards are sponsored by ALDI who, with their strong commitment to the Scottish brewing sector, will continue to promote the competition’s finalists and winners in store.  Graham Nicolson, Group Buying Director for ALDI in Scotland commented;

“We truly believe that the quality of beer being produced in Scotland at the moment is second to none. We have always championed the Scottish brewing industry and have held in-store Scottish Beer Festivals two to three times a year since 2012. During that time, we have cultivated long-term partnerships with many award-winning and up-and-coming breweries, and we will continue to invest in the sector to give even more breweries the chance to secure significant retail listings.

“We’re thrilled to once again be headline sponsors of the Scottish Beer Awards. Every year, the quality of beer produced in Scotland gets even better and we are confident that this sector will continue to innovate and grow.”

The 2018 programme introduces a new category for Best Beer Event and for the first time, the Breakthrough Brewery category will also be open for entry and will recognise breweries that have been trading for a maximum of two years and have shown fast paced and sustainable growth during this period.  Other returning categories will cover innovation, business performance, marketing and design.

“Now in its third year, the Scottish Beer Awards really has put Scotland on the map as a country that produces great beers and brewers. Winning one of these prestigious awards has proved to be a terrific accolade for Scottish breweries, providing opportunities to enter new markets both at home and abroad. Winners are in no doubt that their Scottish Beer Awards have given them positive sales advantages and supported growth of their businesses.”

The awards are free to enter and breweries should complete registration forms available for download at www.scottishbeerawards.co.uk

Following its success last year, “Beer Matters” will also return in 2018, taking place on the same day as the Scottish Beer Awards.   The industry trade show and conference will provide a day of learning and development for brewers, and will again be attended by a range of international speakers and suppliers from across the UK.