Stewart Brewing and Heriot-Watt Students Unite in a Common Cause 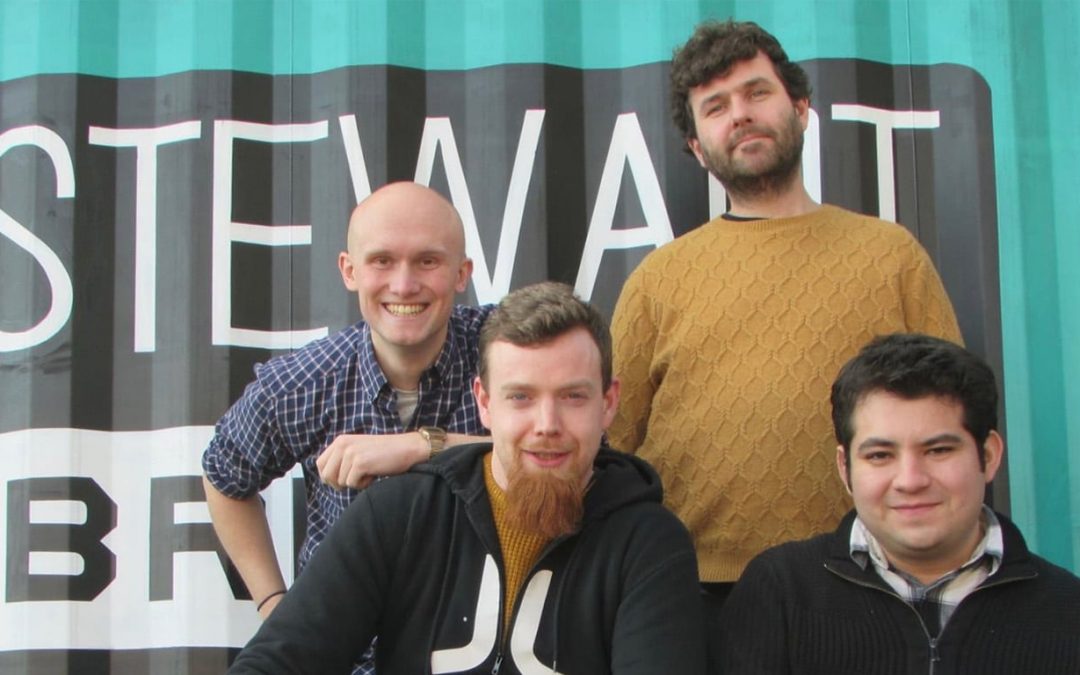 A new beer is being launched as part of a collaboration between leading Scottish craft brewer, Stewart Brewing, and Heriot-Watt University. The beer, called ‘Common Ancestor’, has been created by four masters students at the university’s International Centre for Brewing and Distilling.

Common Ancestor will launch at a special event on 29th June in Edinburgh. It was created as part of Natural Selection Brewing, a collaborative project which is now in its seventh year. Natural Selection Brewing brings four MSc Brewing and Distilling students to the Stewart Brewing brewery in Loanhead where they are tasked with trialling beer recipes, brewing 5000 litres of their chosen creation, branding their product and selling it across the UK. The project takes place each academic year and has a personal connection to Stewart Brewing as the company’s co-founder Steve Stewart graduated in Brewing and Distilling Science from Heriot Watt University in 1993.

This year’s beer is a 5.2% ABV California Common. The style originates from California in the 19th Century, and works well in cask and keg format. It will be distributed across Edinburgh, Glasgow, Aberdeen, Newcastle and London in both these formats, as well as bottles.

“Natural Selection Brewing is a chance for selected MSc Brewing and Distilling students to employ their creativity and knowledge in brewing their own unique beer and selling it across the UK.

“We’re proud to be part of this collaborative project and offer our facilities for brewers of the future to produce a brand new Scottish craft beer. The results are always delicious so we encourage everyone to come along to the launch event to support the students’ endeavour and taste Common Ancestor for themselves.”

The launch event will take place on 29th June in OX184 on Cowgate, Edinburgh. It will be the first chance for the public to try Common Ancestor and will also feature leading beer writer, Roger Protz, as a guest speaker.

Two types of ticket are available for the event. A £12.50 ticket includes admission from 6pm, a talk by Roger Protz at 6:30pm and an evolution tasting demonstrating the development of this year’s beer. Alternatively a £7.50 ticket provides general admission to the event at 7.30pm. Both tickets include one pint of Common Ancestor, a commemorative glass and bar snacks.

Tickets are available to purchase from the Stewart Brewing website.