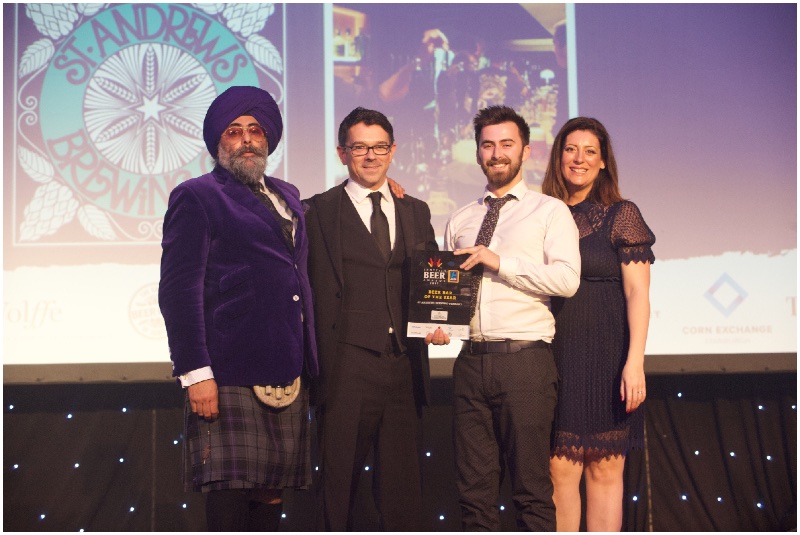 The “Brewpub” (as it’s commonly known) on south street St Andrews saw off stiff competition from much bigger businesses including Innis & Gunn, Drygate and Black Isle to claim “Beer Bar of the Year”.

The award was in recognition of both its overall outstanding quality and service, as well as, the bar’s dedication to showcasing of the best beers from the emerging Scottish Craft Drinks Industry.

“This award is a great testament to the teamwork and sheer hard graft from everyone in the business, both in the brewery and at the bar. We’re genuinely honoured to be recognised in this way by our industry peers”.

“With St Andrews already being a superb shopping destination, hosting the ‘Scottish Beer Bar of The Year’ can only be a positive addition”.