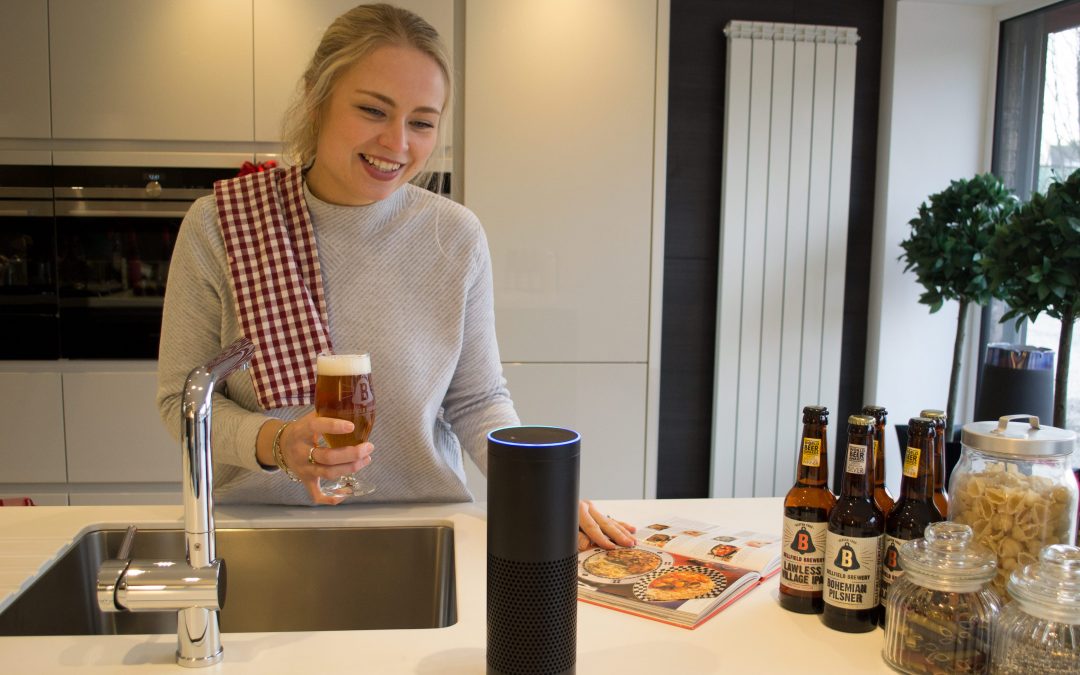 Bellfield – based in Edinburgh – is seeking to grow digital sales to a point where it represents 20% of the company’s total sales volume by the end of 2018.

“Alexa, ask Bellfield where I can buy some beer”? will elicit information on local stockists throughout the UK.

Users can also ask the digital assistant to “tell me about Bellfield” to hear the brewery’s back story through an audio clip and get product information.

Bellfield launched in March 2016 as the UK’s first, dedicated gluten-free brewery, with a mission to offer “Craft Beer for All”.

Set up by two Coeliac friends in Edinburgh, the brewery aims to produce great tasting beers, brewed in small batches, that are also gluten-free and vegan.

Their first two beers – an IPA and a Pilsner – have already won awards and plaudits; the IPA was recently listed in the ‘ 10 Best IPAs in the UK’ and won a UK Gold at the World Beer Awards 2017 with the Pilsner awarded Silver.

Speaking about the launch of the voice controlled system, Director, Marie Brown pointed out that research indicates nearly 1 in 4 millennials would try voice-controlled ordering of products and around 10% have already used it.

She said, “This isn’t just a gimmick. Research indicates that AI powered shopping is growing fast; 3 in 4 households in the US are predicted to have ‘smart speakers’ in their homes in the next three years.

“Ordering food and drink through voice controlled devices, will become as common as popping round to the corner shop is now.”