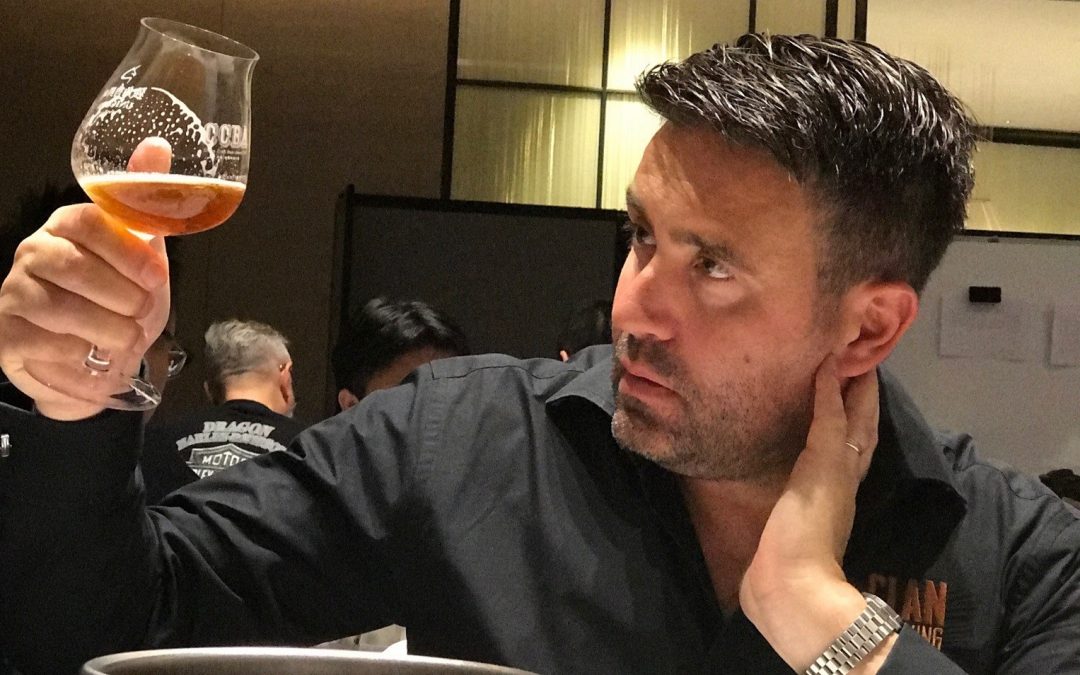 A leading champion of Scotland’s craft beer sector has been invited to Beijing to take part in the judging for the country’s ground-breaking Chinese Craft Beer Awards this week.

Chris Miller, director at the Craft Beer Clan of Scotland and a veteran of the sector, was invited to join the international panel of judges in Beijing after hosting the highly respected Chinese brewer and president of Panda Brew, Kurt Xia, at the inaugural Scottish Beer Awards last year.

Mr Miller said he was “deeply honoured” to have been invited to judge the Chinese Craft Beer Awards and that the role allowed him to “further highlight the world-class reputation of Scotland’s craft brewers”.

He said: “The Craft Beer Clan of Scotland was a key supporter of the Scottish Beer Awards, and we were delighted that our friend Kurt of Panda Brew was able to attend last year at our invitation.

“Last year, building on the model we helped establish with the Scottish Beer Awards, the Chinese Craft Beer Awards attracted 150 entrants. This year that number has more than doubled as China’s appetite for craft beer continues to develop. I’m delighted and deeply honoured to have been invited to be one of the judging team.”

Mr Miller, who joins judges from the USA, Singapore, London, Taiwan and Hong Kong, added: “I’m hugely excited about what China’s new wave of craft brewers have been creating.”

Mr Miller is widely credited for building Harvieston into a major player in the craft-brewing sector.

Last year the Craft Beer Clan exported more than one million bottles of Scottish craft beer to new markets including the UAE, Japan and South Korea. In the past few months it has also secured new business for more than a dozen Scottish craft distillers to export to Denmark, Japan and the Middle East.

Mr Miller highlighted the support given by Scotland Food and Drink and Scotland Development International in helping to promote Scottish craft brewers and distillers on the global marketplace.

After his judging in Beijing, Mr Miller will travel to Shanghai where he will  showcase Scottish brewers at the hugely popular Food Hotel China (FHC) expo, as part of the UK’s Department for International Trade Beer & Cider Pavilion.

The Craft Beer Clan’s own Clan Brewing Company would also be taking part in the FHC expo, said Mr Miller, tapping in to the growing global demand for craft beer aged in whisky barrels.

Mr Miller said the Clan Brewing Company had collaborated with master brewer Scott Williams, co-founder of Williams Bros, and leading whisky expert Charles MacLean to develop the four highly sought-after craft beers, which were aged in Speyside, Islay, Highland and Lowland whisky casks for up to one year.

Panda Brew operates 15 brewpubs across 12 cities and provinces in China, and also operates a commercial brewhouse in southern China that supplies to thousands of outlets in both on- & off-trade, from convenience stores and bottle shops to bars and restaurants.

Mr Miller said: “Our ongoing partnership with Panda Brew, China’s leading craft brewer, continues to offer great opportunities for Scottish craft brewers as the well-deserved reputation for Scottish craft beer grows and grows. All of us at the Craft Beer Clan of Scotland are working hard to champion our brewers and Scottish beer in general to help them access international markets and the growing demand for world-class craft beer.”

He added: “It’s hugely rewarding to see the passion we share for Scottish craft beer being so warmly received by our friends in China and indeed in other countries.”

As well as exporting to the Far East, Mr Miller said the Craft Beer Clan had also negotiated a pioneering deal with Panda Brew about importing their Chinese beer on behalf of the UK craft beer and spirits online subscription and bottle shop, Flavourly.com.