Scots raise a glass to ‘beer to your doorstep’ boom 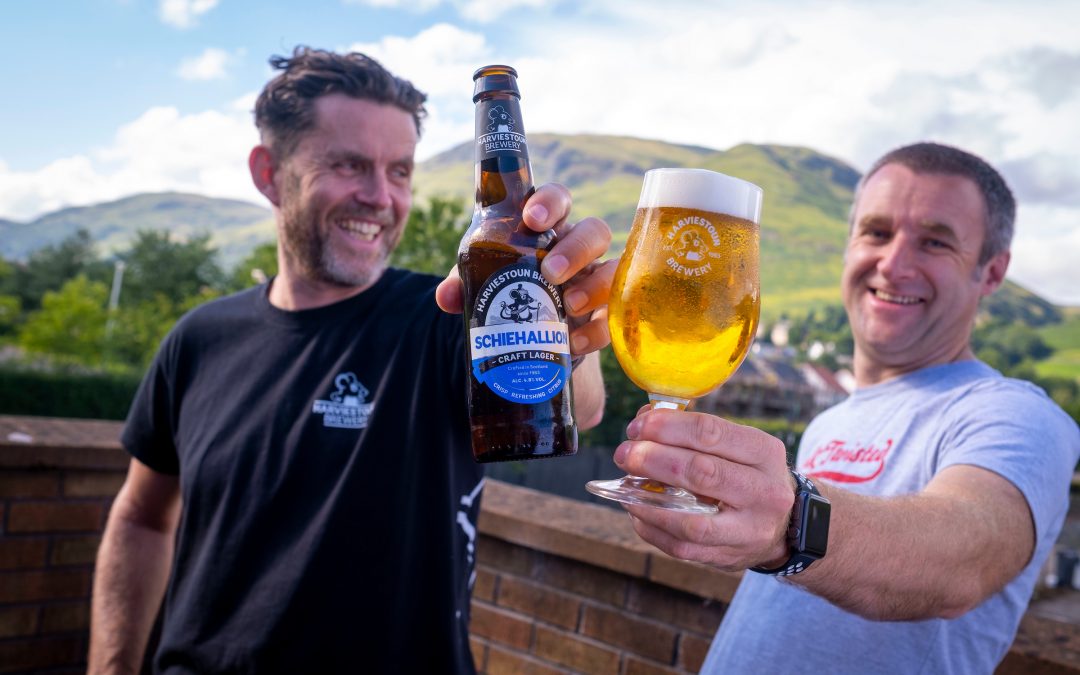 One of Scotland’s most awarded independent breweries has reported a record 2000% increase in online beer and lager sales since launching its new next-day home delivery service during lockdown.

Based at Alva, near Stirling, Harviestoun Brewery is a pioneering producer of nine high-quality craft beer and lagers.

With bars and restaurants across Scotland forced to close during lockdown, Harviestoun’s established online business boomed as beer lovers were driven online to get their brews delivered direct to their doorstep, but this new trend is showing no signs of slowing down.

Harviestoun now offers a next day delivery service to anywhere in the UK if ordered online before 1pm, including its most famous award-winning beer, Schiehallion (pronounced she-hal-ion) pilsner, which is named after a well-known mountain in Perthshire. Schiehallion is unique among British beers as being the only current brand to win the coveted ‘World’s Best Pilsner’ award. It has also been the best-seller in its many formats, from fridge pack cans and 500ml bottles to a new 5 litre mini-keg, making it perfect for the garden barbecue in the summer months.

“The coronavirus pandemic has substantially changed the way we all shop.

“We were hopeful the Harviestoun reputation would count for a lot amongst beer drinkers who hadn’t been able to get out for a pint in their local during lockdown, and we have been blown away by the response to our ‘beer to your doorstep’ service.”

Harviestoun has also launched a new ‘business to business’ trade delivery service as ‘direct to consumer’ sales continue to grow. Like so many businesses, Harviestoun has been hugely impacted by the closure of the On Trade during the pandemic and had to completely rethink its business.

“In these tough times for the industry, getting beer fresh from our brewery direct to the trade is critical as a support mechanism.  We believe that by using our same next day ‘direct to customer’ delivery partners or our own van fleet, we have the right option for everyone.”

Harviestoun beers now grace the tables of many of the UK’s top hotels, restaurants and bars including the Ivy Restaurant Group, Gleneagles, The Waldorf Estoria, The Savoy, The Lanesborough, The Rosewood and Turnberry golf course.

The brewery’s product range is becoming increasingly available in supermarkets, readily bought from major online e-commerce customers and the export market. The dark beers, such as Old Engine Oil, Engineers Reserve and the Ola Dubh age range, are especially in high demand across Europe, China, USA, Canada and South Korea.