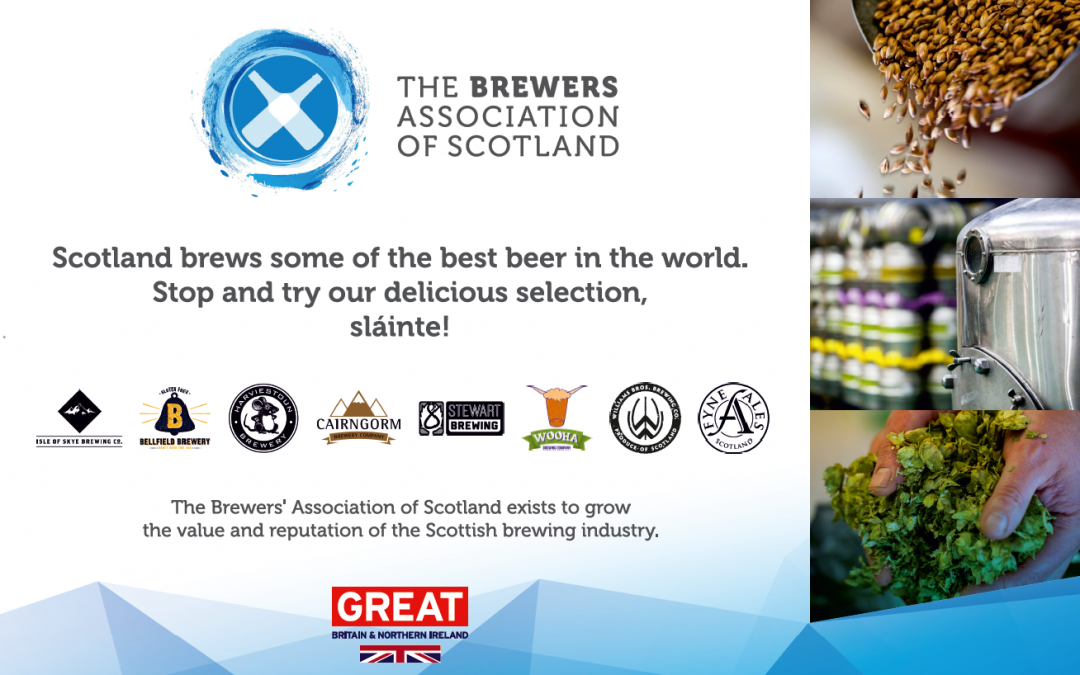 Taking place at Nashville’s Music City Centre, the conference and exhibition runs from 30 April – 3 May 2018 in conjunction with the 2018 World Beer Cup, the most prestigious beer competition in the world.

The event is the premier trade show for craft brewers in America and provides brewers with the opportunity to connect with customers, distributors, buyers and leaders in the US and international brewing arena. A key part of the show is the technical showcase, during which brewers can browse a wide range of specialist equipment companies.

International exhibitions form a key part of brewing businesses growth strategy and the trip to Nashville is the first time Scotland’s brewers have attended this kind of event under the TBAS collaborative banner.

The eight TBAS brewers attending are;

They will be exhibiting in the trade show as well as showcasing their beers on a joint TBAS bar allowing conference attendees to enjoy some of Scotland’s world-class beers during the four-day event.

“The brewing industry in Scotland is a huge success story and the number of breweries has doubled in recent years with around 130 breweries in operation or in planning across the country. With this growth comes big ambitions; we want Scotland’s beer to be known and enjoyed across the globe. Nashville is the first step towards this bold goal and we are excited to be heading out to The Craft Brewers Conference and BrewExpo America. I can’t wait to meet with potential decision makers and tell them about the incredible Scottish brewing industry.”

“We know that consumers across the world are looking for food and drink products which have true heritage and provenance and Scotland’s brewers fulfil this need. The sector is diverse and offers a wide range of distinctive and innovative products that are exported all over the world. There are those using whisky casks to age beers, those flavouring them with heather and those doing everything in between, giving a unique edge to Scotland’s offering.

“We are thrilled to be heading out to Nashville, flying the flag for Scottish beer. We are particularly looking forward to the trade show element of the conference which will set the stage for us to develop profitable business relationships which will ultimately help Scotland’s brewing sector grow.”