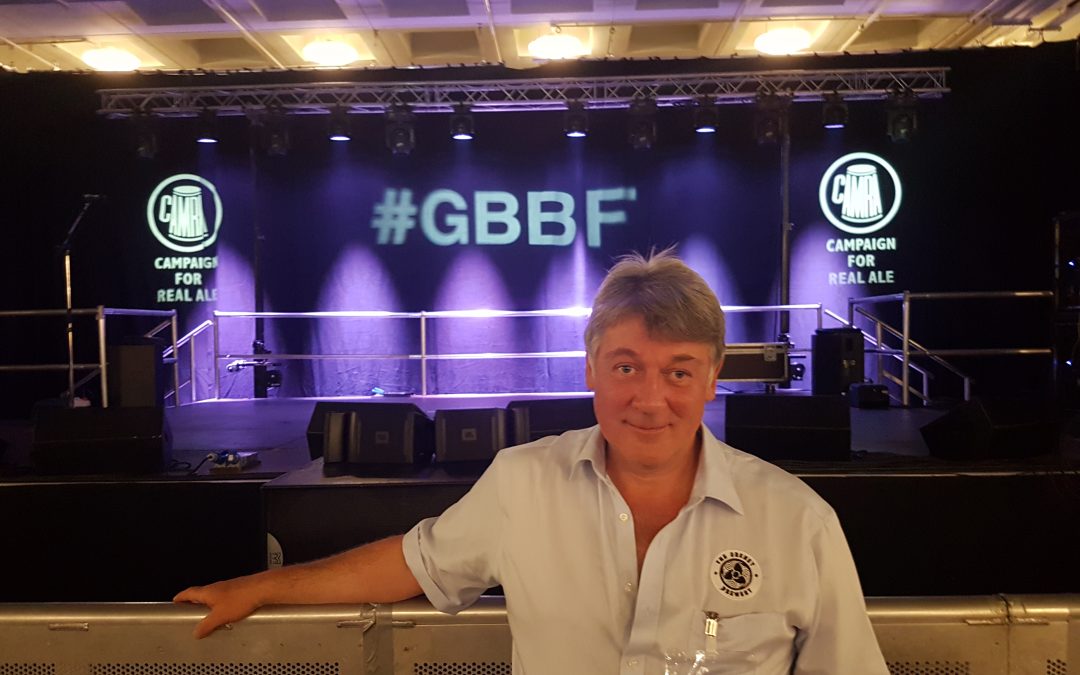 The Orkney Brewery has gone for gold again, this time at the Great British Beer Festival (GBBF) at Olympia. One of the brewery’s iconic beers Red MacGregor, won Champion Beer of Britain in the Bitter Category at the GBBF this week. The event itself was organised by the Campaign for Real Ale (CAMRA), the biggest annual beer festival in the UK.

Norman Sinclair MD of Orkney brewery was on hand at the awards ceremony said. “This is another fantastic achievement for our brewers and all the commercial team who work hard to support, promote and deliver great beer experiences for our customers and drinkers throughout the UK”. Further it goes to show focus and meticulous attention to process and the quality of ingredients can be recognised as well as innovative brewing.”

Commercial Manager Craig Steven also present added “The pursuit of excellence in the core beers is not the only strategy of course, our Red MacGregor and Dark Island beers have a strong reputation and have been consistently recognised with many awards but we have not been resting on our laurels, we have introduced this year the deep golden citrusy Cliff Edge IPA and Wave Breaker Blonde Ale using New Zealand Hops These new beers are an excellent counterpoint to our known beers and after receiving a great welcome from trade, we can see them returning in 2019.”

However, the immediate attention now is on Red MacGregor of course. Craig added “Red MacGregor is what I call right bang in the sweet spot of beer drinking and has wide appeal for all, having the toasty and caramel malt character more akin to brown ale or bitter but having the citrusy and fruit notes of American Pale Ale” It was the first beer in Scotland that expressively used US Cascade hops and was a breakthrough beer when it first surfaced.