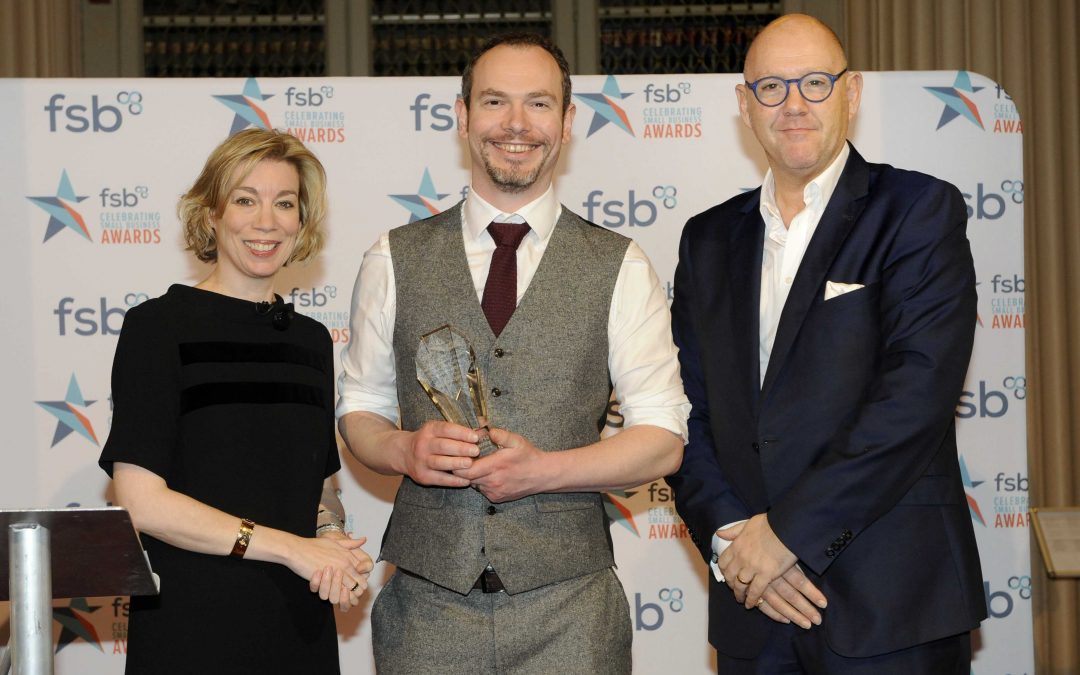 Cross Borders Brewing has been named Micro-Business of the Year in the Scottish section of the FSB Celebrating Small Business Awards 2018 at a recent prestigious event in Edinburgh.

The local craft brewery, which began trading in 2016, has already built up an impressive range of tasty beers which are rapidly growing in popularity across the UK.
Receiving his award, Jonny Wilson, Head Brewer and Co-Founder of Cross Borders Brewing, said:

“We are delighted to receive this recognition for the hard work our team have put into our passion for brewing. To be named micro-business of the year in Scotland less than two years into our journey is fantastic. Not only do we have award winning beers, but it means a lot to us to be an award winning business. We look forward to building on these strong foundations and sharing our passion for great beers with even more customers in future.”

The Scottish stage of the FSB Celebrating Small Business Awards 2018 is sponsored by Business Gateway.

Launched in June 2016, Cross Borders Brewing Company is an exciting, award winning, micro-brewery business based in Eskbank, Midlothian. It has a passion for beer and is focused on bringing world class craft ales to market, ensuring they contribute positively to the local area and helping to further promote Scotland’s resurgent brewing industry. Since launch, Cross Borders has produced and released five core beers. These are Pale, IPA, Porter, Heavy and Braw. It has also released one limited release Black IPA and four seasonal brews (Spring, Summer, Autumn & Winter) which feature locally foraged wild ingredients at their core and have imminent plans to release further seasonal and experimental beers to market. Cross Borders Brewing Company has already established itself as one of the top micro-breweries in Scotland.