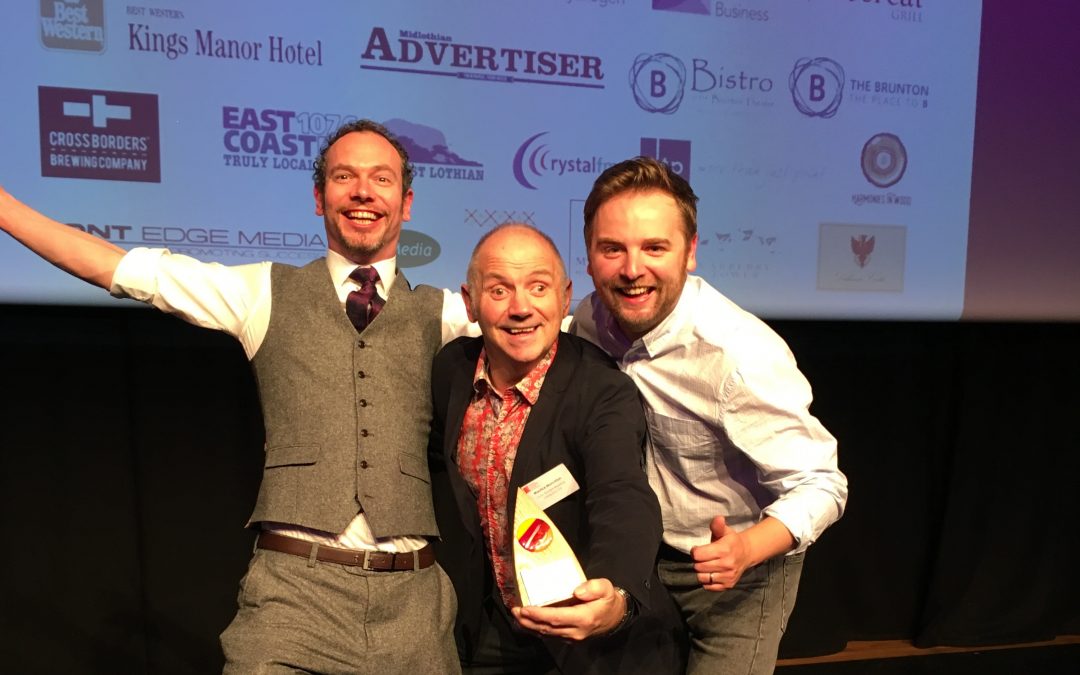 Cross Borders Brewing Company, a 10bbl microbrewery based in Dalkeith and introduced to the public in July 2016, continues to take the brewing industry by storm. They have just celebrated an eighth successful beer launch, won a coveted award for their Pale at the Scottish Beer Awards, and were crowned Business Start Up of The Year at the Midlothian and East Lothian Chamber of Commerce Awards on 26 October.

These recent wins are added to the brewery’s already impressive awards haul that include Silver and Bronze SIBA Awards.

Cross Borders attended the Scottish Beer Awards in Edinburgh on 28 September, after being in production for just over a year, and walked away with a Bronze award in the Best Pale category for their 3.8% Pale. The brewery was also a finalist in the Best Marketing and Business Breakthrough of the Year categories.

Head Brewer Jonny Wilson says, “There were so many great beers entered in to the category that to even be nominated for such a prestigious award was an amazing achievement. To then find out on the night that we’d won the Bronze for our Pale was an incredible feeling.”

Business Start Up of The Year

26 October saw the return of the annual Midlothian and East Lothian Chamber of Commerce Business Awards 2017, which recognises the region’s best businesses that set the standard of excellence in their community. Cross Borders were in the company of Midlothian and East Lothian’s top businesses, and were thrilled to be crowned the winners of the Business Start Up of The Year Award 2017.

Director Gary Munckton says, “To win Business Start Up of The Year is a fantastic achievement. It goes to show what hard work, passion and a commitment to pushing ourselves to produce the best possible beer can do.”

With plans to toast the end of a multi-award winning year with the release of their Winter seasonal beer in December, Cross Borders look forward to an exciting 2018 expanding into new styles, experimenting with collaborations, expanding into new export markets, oh and of course, adding to their growing awards cabinet!