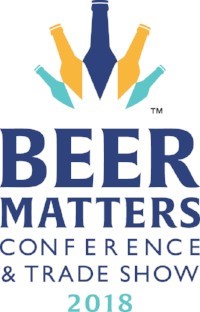 Three of the UK’s most exciting brewers feature in the line-up announced today for the second annual national conference and trade show for brewing in Scotland.

The conference programme includes expert sessions on leadership, product development, skills apprenticeships and recruitment and retention in the sector.

Hilary Jones, Conference Chair of Beer Matters and Chair of the Scottish Beer Awards, will also reveal recommendations and outcomes from the recent study of the Scottish Brewing Industry Leadership Group which she has also chaired. The group, initiated by Scotland Food and Drink, will reveal its recommendations on how Scottish brewing can double its value to the Scottish economy by 2020. She commented:
“The brewing industry gathers in great support of Beer Matters and this year there is a busy schedule with a diverse range of topics. I very much look forward to reporting on the outcomes of the work of the Brewing Industry Leadership Group with recommendations in five broad areas of people and skills, supply chain, innovation, marketing and regulation.

“In addition, we are excited to be hearing from Brad Cummings and other brewers who have experienced rapid growth building craft breweries and from Jaega Wise who will give us her perspective of being a female head brewer in a fast-growing business.”

The conference and trade show finishes with a happy hour of networking featuring a range of new beers from Scottish brewers which have been prepared and presented in association The Brewers Association of Scotland.

The conference takes place on Thursday, 27 September 2018 at the Edinburgh Corn Exchange, a historic listed building in the west end of the city.

The event finishes at 4pm and is followed at night by the third annual Scottish Beer Awards, a black-tie gourmet beer-paired dinner, sponsored by ALDI which celebrates the best bottled and canned beer in Scotland. 36 breweries and 192 beers all brewed in Scotland have already progressed to the finals of the national competition.