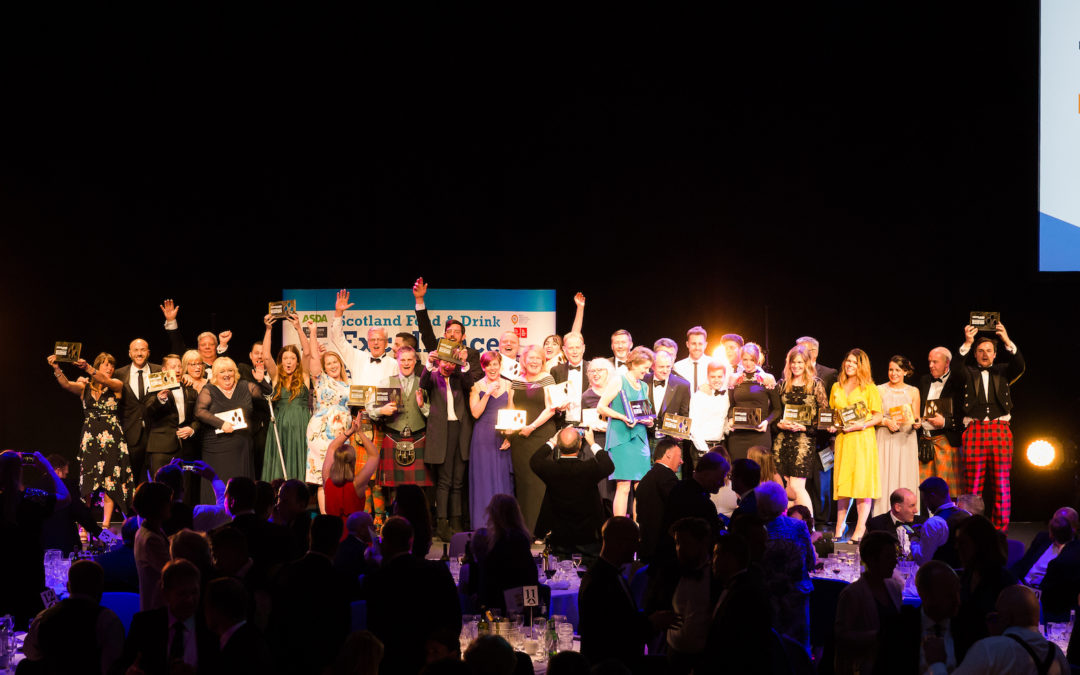 Food and drink producers hoping to be recognised at Scotland’s premier awards for the industry have until 1st March 2019 to enter.

Every entry to the awards, whether shortlisted or not, will go through the judging process where buyers and decision-makers at key buyers including Costco, ASDA, Co-Op, Marks and Spencer, Casual Dining Group, and Sodexo. The judging panel is also complemented by industry experts including; a MasterChef finalist and Edrington.

Restructured for 2019, the Scotland Food & Drink Excellence Awards will take place in Edinburgh on Thursday 23rd May 2019. Categories have been streamlined this year to place greater emphasis on the quality of products and performance of producers and individuals leading the way in the sector.

As part of the revamped awards, a new ‘award-winner’ logo has been introduced for the packs of winning products to provide greater stand-out to consumers and mark quality.

The Excellence Awards not only recognise the highest quality produce Scotland has to offer, but also commends the people, companies and suppliers that contribute to one of the country’s most important and valuable industries.

For 2019, the focus of the Excellence Awards is on the standout products driving value and consumer choice in the market and are open to all Scottish food and drink companies whose products are wholly or mainly produced, processed and packaged in Scotland.

The UK Market Development team from event organiser, Scotland Food & Drink will also be liaising with winners throughout the following year to introduce them to buyer contacts in key markets. Finalists will benefit from increased brand and business exposure through Scotland Food & Drink’s marketing activities and campaigns.

“The Scotland Food & Drink Excellence Awards are a fantastic opportunity for producers to stand out from their competitors and have their commitment to driving the sector forward recognised.

“The awards night is a fantastic opportunity to network and socialise with fellow industry-leaders, but we know that these awards are not won at the gala dinner. Instead, they are won by the dedication and hard work of those in the development kitchen, the boardroom, the distillery and the restaurant – from brewery to bakery, farm to factory.

“We know how hard producers work year-round and want to recognise that at the awards. In Scotland we can sometimes be shy about singing our own praises, but the quality of Scottish food and drink is second to none and deserves to be shouted about. I’d strongly encourage Scottish producers to enter this year’s Excellence Awards and have their dedication and hard work recognised.

“Scottish food and drink are internationally acclaimed and being recognised as an industry leader within Scotland has proven to be a highly valuable accolade for our winners, who often enjoy the benefits of increased brand exposure and access to new commercial sales opportunities.”

The 2019 Excellence Awards is supported by The Royal Highland and Agricultural Society of Scotland (RHASS) and headline sponsor, ASDA.