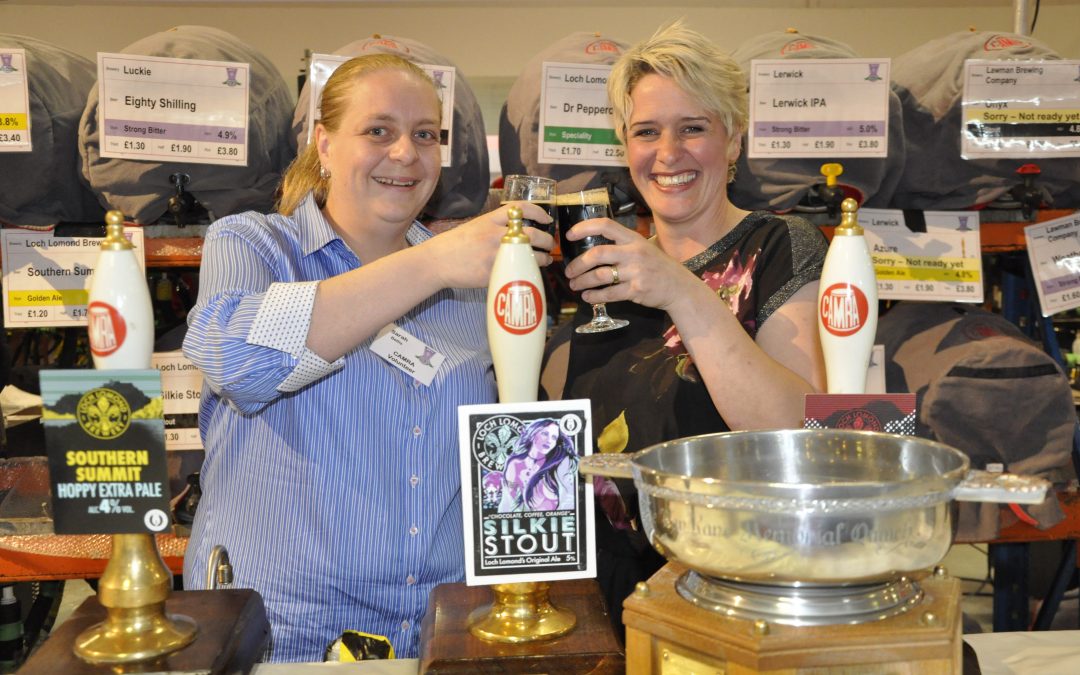 A multi-time CAMRA and SIBA award-winning beer, Loch Lomond’s Silkie Stout (5% ABV) is named after an old fishing folklore of the “silkies” who live as seals in the sea and shed their skin to become humans on land. After winning the title of Champion Stout in 2016, it has returned to the Scottish Real Ale Festival to take the crown of Champion Beer of Scotland.

The competition marks the first day of the Scottish Real Ale Festival, which is running from the 6th-8th of July at the Corn Exchange in Edinburgh. The festival will feature a range of ales from across the country – including champion beers – and visitors will have the chance to enjoy live entertainment and food in between sips.

Sarah Bellis, CAMRA’s Director for Scotland and Northern Ireland says: “Congratulations to Loch Lomond brewery for winning the Champion Beer of Scotland award for its Silkie Stout, which is one of the highest beer accolades in Scotland. The judges were particularly impressed with the balanced flavours of chocolate and coffee and its drinkability. It truly is a beer for any occasion!”

Fiona Maceachern, Managing Director at Loch Lomond brewery says: “We are over the moon to win the Champion Beer of Scotland award! The Silkie Stout is one of our originals and has been a great beer for us, it has just gone from strength to strength and regularly performs well in Scotland.”

This year’s silver award went to Cromarty’s Rogue Wave (5.7%), while Isle of Skye Brewery’s Young Pretender (3.8% ABV) and Sulwath’s Black Galloway (4.4%) took home the joint bronze award. All four of the beers will be available to sample at the Scottish Real Ale Festival.