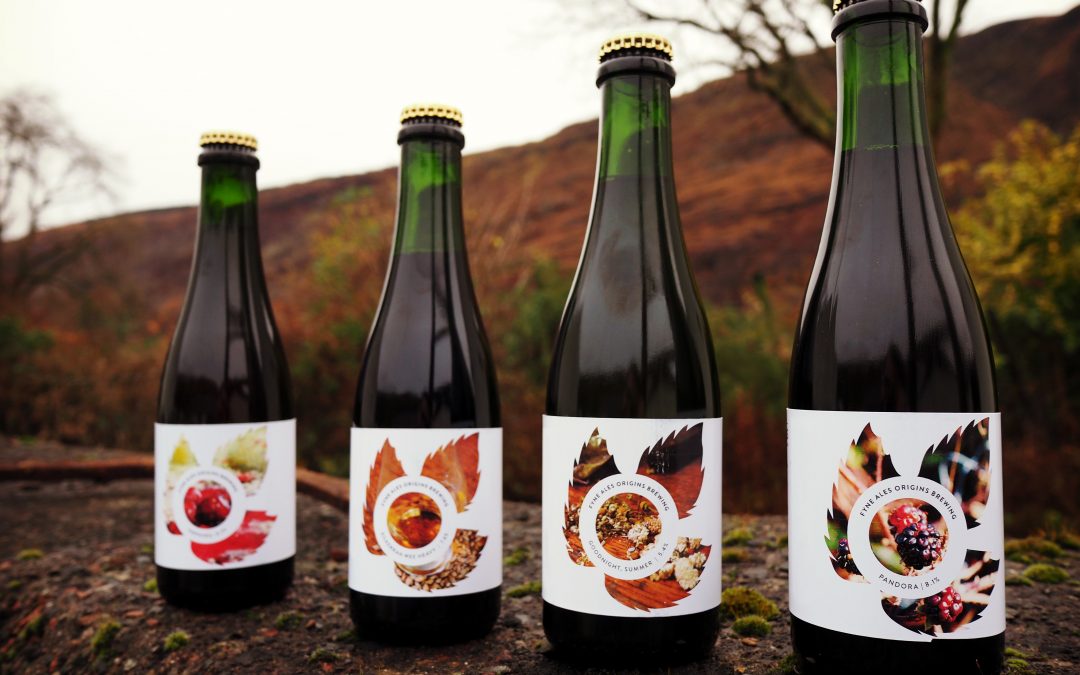 Argyll-based brewery Fyne Ales has introduced a range of beers as part of a new, ongoing project created to showcase their provenance and status as an authentic Scottish farmhouse brewery.

Drawing inspiration from a wide range of sources, Fyne Ales Origins Brewing will release collections of complex and exciting beers, with mixed fermentation, use of wood and barrels and locally-sourced and foraged ingredients all featuring heavily in the production.

“For over fifteen years we’ve been brewing outstanding beers on a working farm in north-west Scotland; we are immensely proud of being a farmhouse brewery,” explained Fyne Ales Managing Director, Jamie Delap. “Fyne Ales is uniquely positioned in Scotland to create adventurous, unorthodox beers that tell a story and give a sense of where they were brewed in every drop, which is why we’ve introduced Origins Brewing.”

The original Fyne Ales brewery, a converted dairy building, has been dedicated to Origins Brewing production, with the first four small-batch beers releasing on 11 December. The Autumn 2017 collection includes:

The introduction of Origins Brewing by Fyne Ales follows an huge increase in interest in complex, small-batch  beer in the USA; “Origins Brewing is the realisation of a vision that we began shaping over four years ago,” commented Fyne Ales brewer, Andrea Ladas. “Talking to and visiting breweries like Jester King, Allagash and Hill Farmstead over the past few years, we’ve been hugely inspired by what they’re doing to make creative beers that are proudly a product of and showcase of their environment.”

The new beers will be showcased with a pairing menu on Saturday, 9 December at Inver, an acclaimed Argyll restaurant specialising in locally sourced and foraged ingredients, before going on sale from the Fyne Ales website from Monday 11 December.

Those looking for further information about the new project can visit origins.fyneales.com.