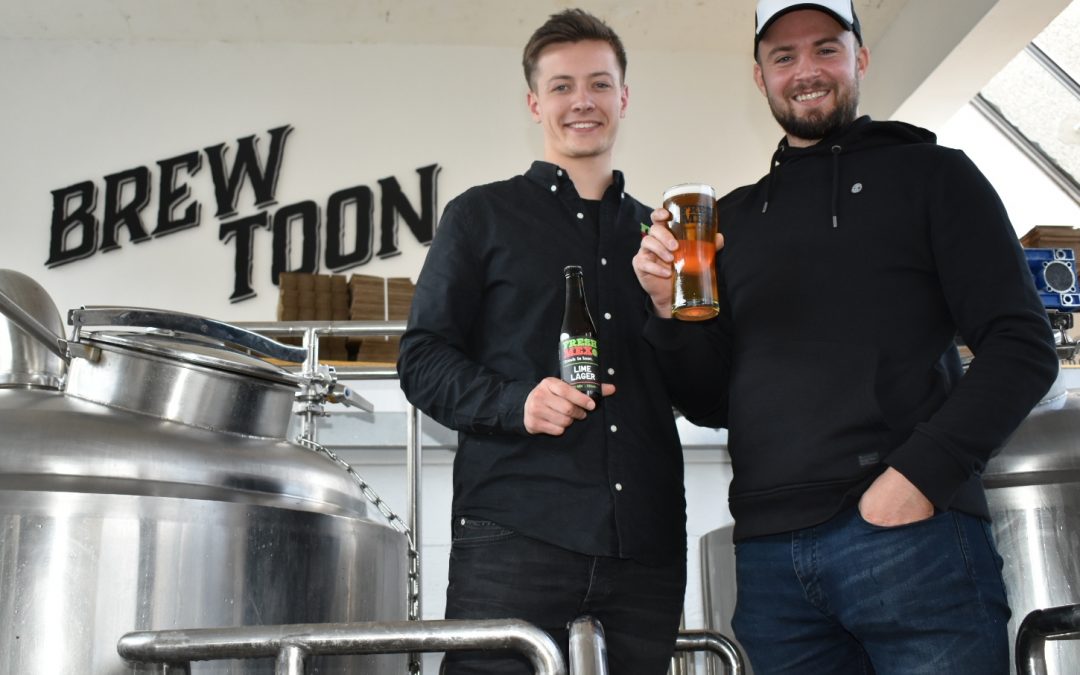 FreshMex, the popular TexMex restaurant on Schoolhill, is set to re-open its Burrito Bar in the next month after being closed for renovations following a fire in February earlier this year.

Director of FreshMex, Robbie Moult, said “We are pleased to announce we will be re-opening our Schoolhill unit in September. The renovations are now almost complete and we are in the process of decorating and training new staff before the big re-launch. Our team would like to thank the support from our loyal customers, friends and suppliers over the last 6 months. I would also like to add a special thanks to Burns Construction on a terrific job with the rebuild and the hard work carried out by the many subcontractors & local tradesmen.”

The Aberdeen company have also teamed up with award-winning North-East brewery Brew Toon to launch a FreshMex Lime Lager, an exciting new craft beer to pair with their award-winning food.

Robbie explained the thinking behind the craft beer, “Ever since we launched our street food across the North-East at events such as the Banchory Beer Festival or at our FreshMex food residency in the Adams sports bar, we’ve always known our food goes hand-in-hand with a beer – literally.

We wanted to create a beer that matches our need for fresh flavour, so collaborated with the brilliant team in Peterhead at Brew Toon to make a light tasting beer that is still 4.8% ABV. It pairs incredibly well with our menu, but is also great to drink on it’s own.”

Cammy Bowden, Director of Brew Toon, added: “We’ve spent the past 9 months developing the Lime Lager with FreshMex – doing multiple test batches to get the taste spot on and we are very happy with the end result. It’s brewed with a variety of malts and fresh ingredients – including fresh lime, and left to condition until the perfect moment to ensure a smooth head and soft, refreshing finish with citrusy undertones. We’ve had great feedback on the Lime Lager so far, and are excited for the partnership ahead with FreshMex.”

Brew Toon were winners of Best Brewed product at the 2019 North East Scotland Food & Drink Awards and have no less than 7 beers shortlisted for this years Scottish Beer Awards being held on the 19th of September at the Edinburgh Corn Exchange.

FreshMex Lime Lager officially launches this Thursday 22nd August and will be available on draught from FreshMex at the Adams sports bar, FreshMex Schoolhill, Brew Toon’s own bar in Peterhead, as well as a number of local bar venues across Aberdeen and the North East. The lager will also be sold in 330ml bottles with an eye catching design to takeaway from all venues, on Deliveroo via FreshMex, as well as several North East bottle shops & delis, including the Westhill Service Station and JK Fine Foods.

FreshMex, established in 2015, were Scotland’s most popular dish on Deliveroo in 2018 with their Burrito – competing against 1100+ other restaurants on the platform. They serve award winning, freshly prepared TexMex street food – and have no freezers or microwaves on any of its sites. The firm also received funding of £60,000 from the Scottish EDGE in December 2018, an organisation supporting high-growth potential companies throughout Scotland.

Robbie added, “We look forward to re-opening Schoolhill. It was a very busy unit and was popular with customers of all ages. The next 12 months will be an exciting time for us as we look to launch the beer and open another FreshMex unit elsewhere in Scotland thanks to continued support from the Scottish EDGE.”

For full updates on the FreshMex re-opening and Lime Lager launch with stockists, check out www.freshmex.co.uk & @freshmexuk on all social media platforms.