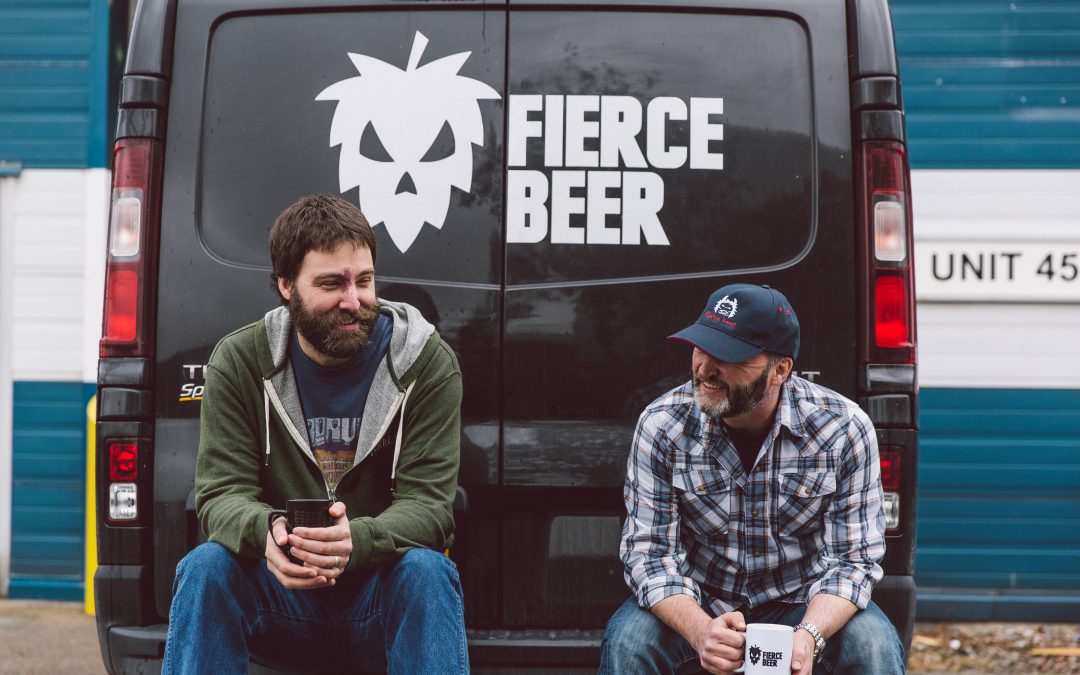 Fierce Beer are to launch a crowdfunding drive to open a bar in their home town of Aberdeen, the campaign with go live at 10 am on Friday 15th December 2017. A target of £60,000 has been sent to raise money for the project, which see will the local business to fit out and open their 20 tap craft beer bar in the heart of the city.

The pledge rewards include Double Your Money beer vouchers for all donations, merchandise, membership of the Fierce Family, discounts and even the exclusive chance to brew your own beer at their Dyce brewery and launch it at a private party in the bar. The opening of this bar is set to bring much needed jobs to the city centre, provide a community hub and offer a greater choice for those looking to take a tour around the City’s craft beer venues.

The decision to crowdfund came as the brewery is currently expanding due to demand, and as such, all free cash is being ploughed back into the business to allow it to grow, and say ‘yes’ to customers who are currently unable to buy their beer. As the brewery is in the process of doubling in capacity, crowdfunding will allow the bar to become a reality, as the brewery revenue is tied up purchasing new tanks and installing a canning line (due to run in 2018). Along with this financial reasoning, Fierce have developed a strong following and receive a great deal of support from their drinkers, particularly in their native Aberdeen, meaning founder Dave Grant and the team are keen to give back to those who have supported them.

“The support we’ve received since our inception has been heartwarming and has helped us to come this far. We want to be able to give something back and show you that we appreciate everyone who loves Fierce. Crowdfunding will allow us to give out some great rewards, as well as giving investors the ability to brag about being part of the Fierce Family!”

“This is a great opportunity for us to reward our loyal followers by really bringing them into the Fierce Family. The bar will be a great place to meet up with like-minded lovers of craft beer and spirits, and the rewards for investing are really cool”

More information can be found via Crowfunder.co.uk. The page will go live, along with the availability to pledge donations from 10 am Friday 15th December 2017. Social media promotion has commenced already and has provided a surge in interest and support, and further promotion will be published once the project is underway.