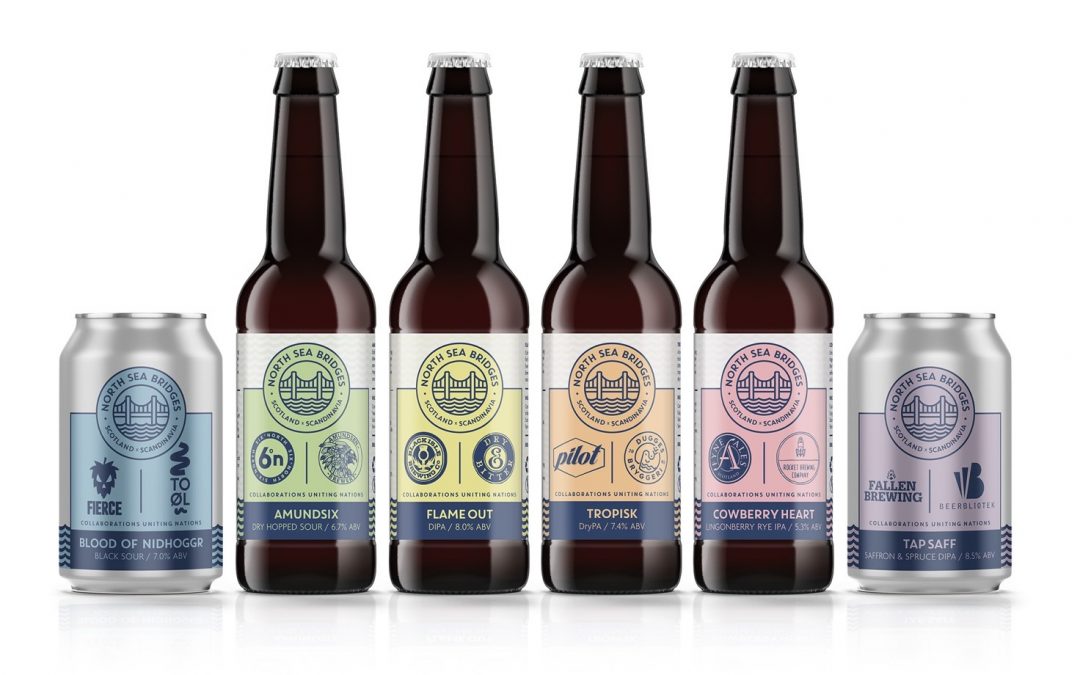 The beer world is an exciting place to be right now. More brewers, more styles and more choice than ever before. The global explosion of beer festivals has helped forge brewing links around the world, and as friendships grow opportunities arise. There are many reasons to collaborate with other brewers: marketing in new areas, learning new brewing techniques or even just as an excuse to hang out with pals and visit new places. New ideas can be taken home to be twisted, contorted and reframed.

North Sea Bridges is a combination of all of these reasons; an annual collaboration project building on the ancient trading links between Scotland and Scandinavia. Six of Scotland’s finest brewers (Black Isle, Fallen, Fierce, Fyne, Pilot & Six Degrees North) paired with six of Scandinavia’s best (Amundsen, Beerbliotek, Dry & Bitter, Dugges, Rocket & To Øl). No plans, no gimmicks, no hooks, just six great beers brewed every year, this year in Scotland, next year in Scandinavia. North Sea Bridges will showcase Scottish brewers in Scandinavia, England & Wales, further enhance the reputations of our Scandinavian friends in the UK, let us hang out in new places and hopefully learn a few new things along the way. This has been truly collaborative in every sense. Twelve brewers, two distribution companies, one designer.

The 2018 North Sea Bridges beers were brewed across Scotland over the past two months and are now ready for release.

We want to make a big deal of this. Not only because we’re really proud of what we’ve collectively put together, but because, well, what’s the point otherwise? To aid this gratuitous indulgence we have organised a logistical bonanza of a launch party. A set of each of the kegs are heading to each of our Scandinavian pals and in the UK a set will be on the bar at the following venues on Thursday August 23rd 2018.

The beers are also coming in 6 packs, presented in swanky printed boxes and they’ll be available in every good indie shop and bar who wants them from the week commencing August 27th. These will also be on sale in limited quantities at each launch venue on the night.