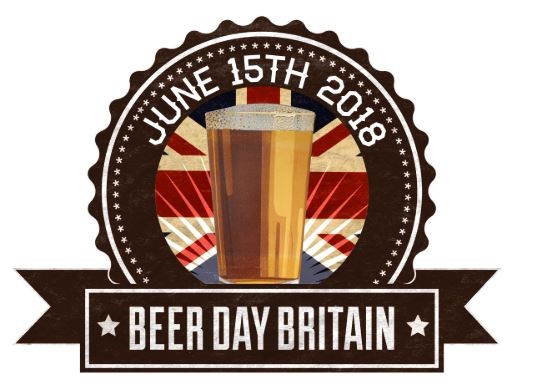 With “Beer Day Britain” taking place tomorrow, CAMRA Members are getting ready to celebrate the Nation’s favourite drink in pubs, clubs and breweries across Great Britain.

Beer Day Britain, instigated by Beer Sommelier Jane Peyton, takes place on Friday 15 June with the aim of raising the profile of beer and to recognise Britain’s brewing scene. The focus of the day will be a National ‘Cheers to Beer’, when beer-lovers are encouraged to collectively raise a glass at 7pm.

CAMRA Members across Britain will take part through organised trips and events over the weekend and through informal gatherings in pubs, clubs and breweries. Some examples of activities taking place include:

Beer-lovers taking part in this year’s festivities will be sharing their activity on social media with the hashtag #CheersToBeer to help spread the word.

Jackie Parker, CAMRA’s National Chairman said: “Beer Day Britain is a fantastic opportunity to support your local pub or club. By raising a collective glass of real ale, cider or perry, we hope we can encourage more people to visit their locals and try the Nation’s favourite drink.”

Jane Peyton, instigator of Beer Day Britain adds: “The response to this year’s Beer Day Britain has been absolutely fantastic – it is heartening to see so many beer lovers take part. Our celebrations will continue throughout the weekend, so even if you miss the cheers at 7pm make sure to head down to your local for a number of events taking place throughout Father’s Day!”