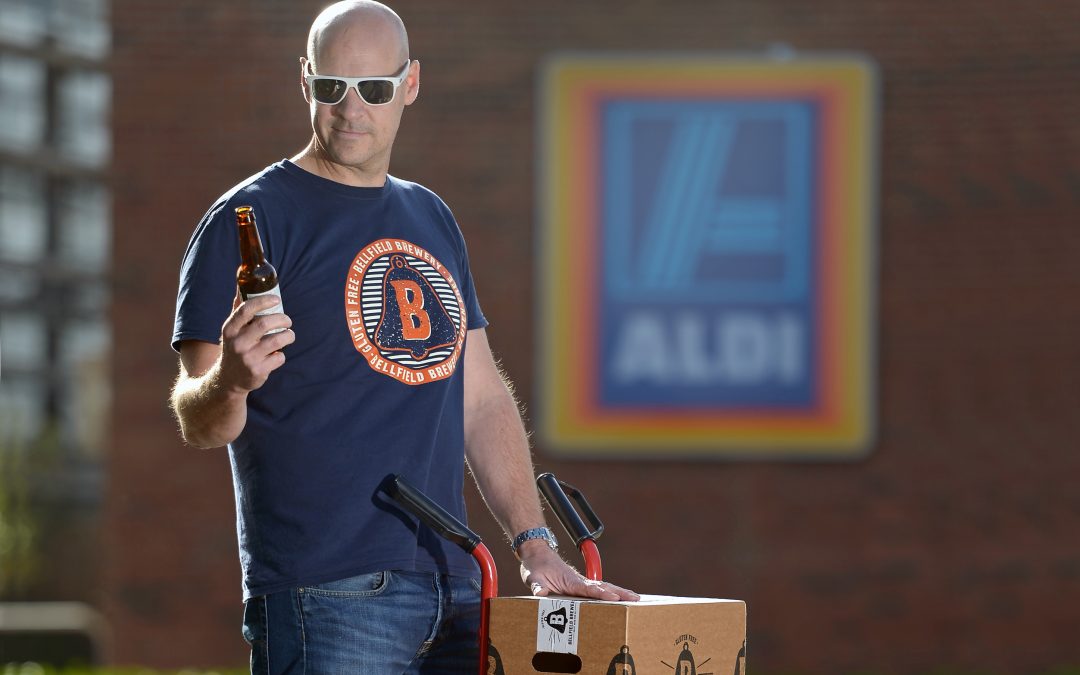 A Scottish microbrewery that’s only been in business 18 months, has won a coveted listing with Aldi for its two gluten-free beers.

The new listings will see distribution of the brewery’s two beers into to 75 Scottish ALDI stores this week.

Now Scots who have had to give up beer due to a gluten allergy or intolerance, will be able to enjoy Bellfield Brewery’s award-winning Lawless Village IPA and Bohemian Pilsner beers, wherever they live.

The Edinburgh-based brewery has increased its production significantly as a result of the deal.

Brewer and Business Development Manager, Kieran Middleton said how pleased the brewery was to have secured a listing with Aldi, bringing its beers to customers beyond the central belt.

He said, “As a young company we are so proud to have this opportunity to supply one of the UK’s leading retailers.

“Aldi have supported us since we launched, listing our beers in their bi-annual beer festivals but this permanent listing gives us a great opportunity to bring our beers to more shoppers in Scotland.”

Since being set up in 2016 by two coeliac friends, Bellfield has gone from strength to strength, recently raising over £430,000 to fund its expansion.

Unlike most other breweries now producing gluten-free beers, Bellfield does not ‘de-glutenise’ its beer using enzymes. Instead, it has optimized its brewing process and recipes to produce great-tasting, gluten-free beer, naturally.

Bellfield says its mission is ‘Craft Beer for All’ so the brewery aims to produce great tasting beer that happens to be gluten-free and vegan.

Bellfield Brewery’s Lawless Village IPA was listed as one of the 10 best IPA’s in the UK last week and named UK Country Winner in last month’s World Beer Awards with Bohemian Pilsner named as UK Silver Winner. The IPA was a finalist in the 2017 Scottish Beer Awards.